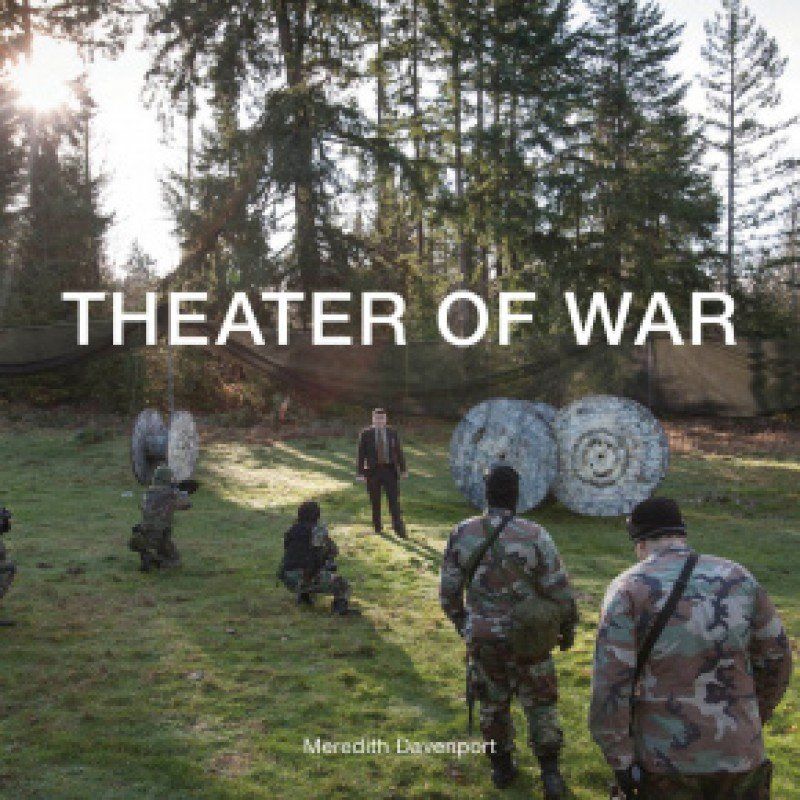 For five years, Meredith Davenport has photographed and interviewed men who play live-action games based on contemporary conflicts, such as a recreation of the hunt for Osama Bin Laden that took place thousands of miles from the conflict zone on a campground in Northern Virginia. Her images speak about the way that trauma and conflict penetrate a culture sheltered from the horrors of war.
Bringing together a series of two dozen photographs with essays discussing and analyzing the influence of the media, particularly photographs and video, on the culture at large and how conflict is "discussed" in the visual realm, Theater of War is a unique look at the influence of contemporary conflict, and their omni-presence in the media on popular culture. Written by an experienced photojournalist who has covered a variety of human rights issues worldwide, this book is an essential addition to the library of anyone interested in the confluence of war and media.

Edited by Meredith Davenport and Daniel A. Kelin, II