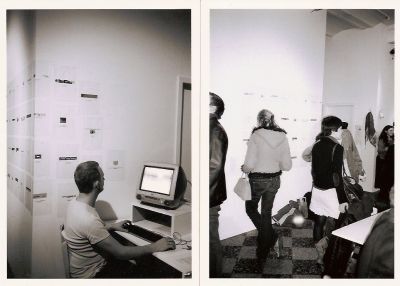 Logo: a word or a part of a word printed with a specific formed type. Especially used as a trade mark. What does it mean for a peace project to have a logo? 5MillionPeaceMarch Project was initiated to create a dialogue in the form of an “open source” process. It is a frame, an art project, which opens issues in a political field. If you want to, you can say and do something for Jerusalem and the Israeli/Palestinian conflict, using the project’s name, know-how, support and concept, in order to organize something by yourself. So far it is open and not institutionalized. There is no vertical hierarchy. Can it stay open? There are a lot of groups, associations, organisations, institutions, and individuals, who deal with the situation in Jerusalem and Palestine/Israel. Is there a need for 5MillionPeaceMarch Project? Why do the majority of organisations in cultural, political and social fields present themselves with a logo? It seems that the complexity of the political situation in Israel/Palestine creates a mistrust in the words of the politicians, therefore the need to focus on something visual and defined. The conflict in Israel and Palestine is getting more and more harsh and a solution more and more complicated: is there a growing need for people to make statements and constitute themselves in groups, clearly defined with logos and manifestos, in order to have something concrete to hold on to? (with Iben Bentzen)