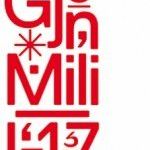 Participating artists: Have it / Margo Wolowiec / Anne De Vries / Erica Scourti / Clare Strand / Jeff Guess / Eliza Hoxha / Alice Pedroletti / Christopher Meerdo / Oskar Schmidt / Brilant Pireva / Kushtrim Asllani / Jordan Tate / Dardan Zhegrova / Sadi Suhodolli (TADI) / Thomson&Craighead / Eva&Franco Mattes / Thomas Galler / Claudia Sola Curated by Alfredo Cramerotti / Assistant curator: Atdhe Mulla / Artistic Liaison: Alexis Brocchi. We refer to images, or the act of creating images, to act socially, politically and even privately. As a consequence of the digital age of photography, the way we are involved in image making is continuous:we can confer it a specific professional or artistic function, or embed it in they way we shape our existence. When digital images are imposing themselves as a visual translation of the self, the understanding of photography is striving to go away from standard representational practices. Images compose a visual timeline, comparable to a textual linear narrative, where the grammar is made of our shopping lists, chats, social media comments or work emails.

Although these images are not coherent when considered together and are produced for different reasons, they become knowledge chunks that visually translate different contexts into what we wish others to think of us. They can therefore be understood as a pictorial alphabet, where the possibilities of communicating are infinite and universal, freed from constraints related to textual translation. The result is a flow of visual forms and meanings that are interchangeable, independently from the situations in which they were generated and consumed.

The 2017 Gjon Mili Biennial & Award wants to query this hypothesis; focusing on image-making in the digital era, it wants to test if visual authorship today is still associated with holding a specific position through the idea of representation, or rather is about delving into an ever-changing process that never produces a finished work to display.

Beyond a classic photographic exhibition, the 2017 Gjon Mili Biennial Award will therefore exhibit an expanded narrative of photography through photo-objects, installations, projections, visual data streams and moving wallpapers that will put the curatorial rationale to test, and will engage the audience on a path to discovery, self-reflection and open enquiry about the status of visual culture in the beginning of the 21 st century. Conceived and curated by Alfredo Cramerotti