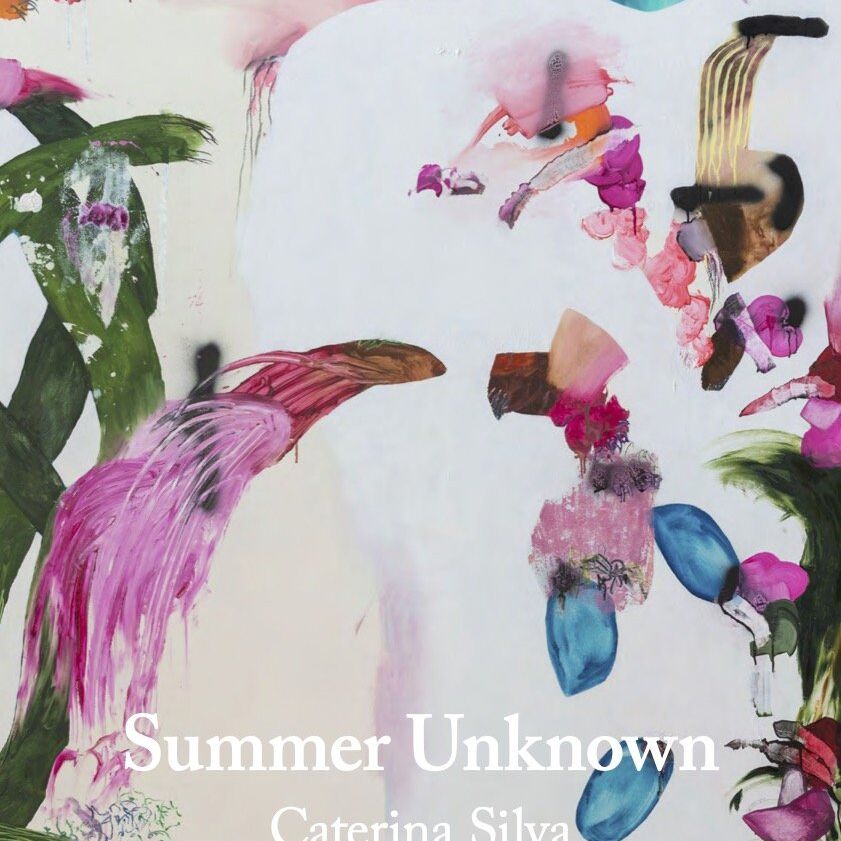 Bosse & Baum is pleased to present Summer Unknown, by Italian artist Caterina Silva, bringing together a new body of paintings from 2021 and 2022, curated by Alfredo Cramerotti. Through quick painting sessions Silva registers traces of the space in which she works, traces of her daily life, impressions, emotions as well as fragments of our collective unconscious: news, disasters, uprisings, deaths, loves, joys, despairs.

The paintings from 2021 document Silva’s return to Rome and resume discourses left interrupted by her displacement. They are fruits of the synthesis of past researchon gestural automatisms, sexuality, gender identity and void transposed ten years later, crossed by geographical shifts, reflections on language and translation, new awareness of the limits of representation and the acceptance of communication and love.

In these latest works there is a transformation in the artist’s use and conception of time and power. In the past, she has experimented with a series of techniques that allowed matter to sediment almost autonomously on the canvas,  while she would master randomness and exercise the least power on the emerging image. Her previous paintings were made on the floor, waiting for the present moment to transform them.  In this recent body of work, time does not exist anymore; the creative process is more of a fast explosion. The paintings are now animated and organic like people, animals and plants who appear and fragment on the canvas, creating a path from her to the viewer and back.  This creates a new language which speaks of love, the present, bodies, branches and roots and sexuality.

In Summer Unknown Caterina Silva explores the links between power and language from silent or pre-linguistic places, in order to elude canonical structures of the production of meaning. The paintings are what is written on the canvas in her personal alphabet: an alphabet of gestures, flowers, plants, pieces of bodies, roots, ponds, numbers and letters. This language stands as a body where word, animal, human and plant not only coexist but interpenetrate. There is a greater frontality towards the traditional medium of painting and its canons, and a notable detachment from organic materials in favour of oil, canvas and stretcher bars. Through this new series, Silva welcomes the acceptance of heaviness, which in turn allows for the return to a lightness of life.

Caterina Silva (b. 1983, Rome) explores the links between power and language from silent or pre-linguistic places, in order to elude canonical structures of the production of meaning. She uses painting to probe at the obscure spaces of the mind, those which are impossible to explain in words, but which exist and materialize into matter and then object. She creates open images available to the interpretation of the observer, a consequence of a process of deconstruction of her own internal superstructure carried out through the matter of painting itself and its translation into choreographic experiments and performances.