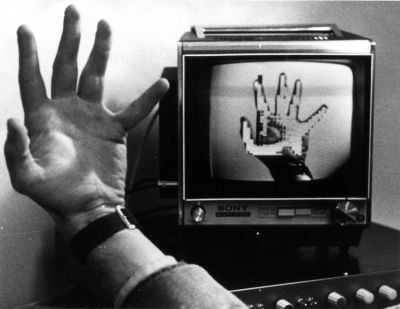 Alfredo Cramerotti & Doreen Mende's radio piece on computer-generated music, broadcast on reboot.fm Berlin http://www.reboot.fm, in occasion of bb3 Third Berlin Biennial. Featuring interviews with bb3 artists Erkki Kurreniemi, Mika Taanila and Mika Vainio. There was a long path before a digital technology in music was developed. major advancements in electronic and computer music occurred in the USA at the Bell Telephone Laboratories (New Jersey), the Columbia University, and almost simultaneously in France and Germany in the 1950s. However, music historian seldom take into consideration the developments of computer music in Scandinavia, particularly in Finland. CPU introduces Erkki Kurreniemi, one of the greatest pioneers of electronic and computer music. From the very beginning of the 1960s his interest lies in how to combine technology and the human culturally. With contributions by Mika Vainio, also known as (half of) Pan Sonic, a sort of musical grandson of Erkki; and by Mika Taanila, author of "The Future Is Not What It Used To Be", a video portrait of Erkki, which uses footage of the last 40 years and sound pieces. Image courtesy Erkki Kurreniemi and bb3